Labradors are a lively, carefree and attentive dog breed. They are very alert and playful and enjoy lavishing affection on their owner. Labs are extremely lovable and will work hard to please.

Labradors are highly intelligent which makes Labrador training easy. Furthermore, the breed excels as show dogs and at dog sporting events. In fact, Labradors are happy in the great outdoors and love to swim. This is because the breed was bred for hunting both on land and in water. A Labrador is very energetic and is the perfect compliment to an active family.

Labradors is another name for Labrador Retrievers and is, therefore, the same breed.

The History of Labradors

Contrary to popular belief, Labradors were developed in Newfoundland and not Labrador. In fact, the first prototype of the breed was created by crossing a Newfoundland with a small water dog, and was originally known as the St. John’s Water Dog.

The first time that Labs became known as Labradors was when they were called the name by the Duke of Malmesbury in the early 19th century. This was also the same time that Labs became popular with the British Royals who value the breed for their sporting characteristics, which proved useful for hunting.

The Labrador breed that we know today was developed in 1878, after interbreeding with other Retriever breeds took place. Luckily the interbreeding did not cause the Labrador to lose their most desirable qualities or their popularity.

Labradors were recognized in 1903 by the UK Kennel Club and in 1917 by the American Kennel Club. Currently, they are still one of the most popular breed of dog.

The Basics of Labradors

Labradors are a devoted breed that can be a wonderful asset to a family. Their friendly and lovable temperament makes them good with children, visitors and other family pets. They can also be extremely flexible with different environments, as long as they receive sufficient exercise and attention.

Labs have a strong build, plenty of energy, and high intelligence. They are natural hunters and are equipped with an exceptional sense of smell. These traits are what have made them ideal hunting dogs, police dogs, rescue dogs, and even seeing-eye dogs.

Even though Labradors are an impeccable breed, they aren’t for everyone. There are certain traits about these dogs that simply do not compliment the needs of some dog owners.

For instance, while Labs have a shorthaired coat, they still shed quite a bit. Furthermore, their strong build and medium size can make them hard to control if they are not properly trained, and even growing Lab puppies can easily knock down small children.

In addition, since Labradors are friendly dogs, they are by no means guard dogs. This isn’t to say that a Lab wouldn’t protect you if it sensed you were in danger, but they also won’t bare their teeth at an intruder either. Therefore, if you are thinking about getting a Labrador to protect you, think again.

All in all, Labradors are remarkable dogs that make excellent pets, friends and family members. Give them a little love, and they’ll return it back ten fold. 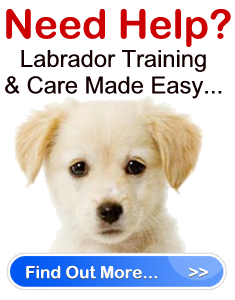